Staffordshire Police launches local policing with communities at its heart

Staffordshire Police has launched its new local policing model for the county, which brings significant investment in the number of officers responding locally throughout Newcastle-under-Lyme. 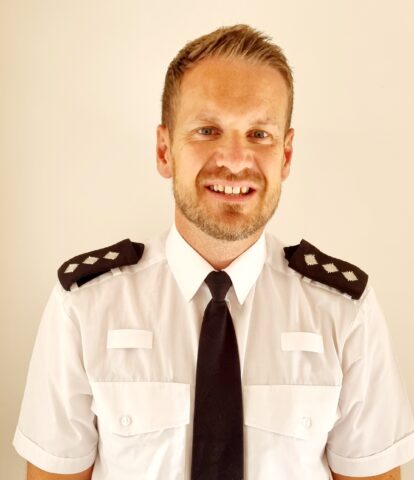 Announced in February 2022 by the newly appointed Chief Constable, Chris Noble, the changes have been made to enable officers to respond quicker to emergencies; develop enhanced local knowledge in order to solve problems; have more time to investigate and provide a high-quality, consistent and caring service for victims of crime.

The changes also support the force’s policing priorities for the next 12-18 months and the commitments set out in the Police and Crime Plan published by Staffordshire Commissioner for Police, Fire & Rescue and Crime, Ben Adams.

The ten Local Policing Teams (LPTs) which will consolidate teams and increase the force’s three current response bases, are:

Chief Constable, Chris Noble, said: “I’m pleased we are now on day one of the new model. It’s been months of planning, analysis and consultation with colleagues and partners to build a model that will allow us to respond in the way the public want and need us to, also giving us more time to focus on the issues that matter most to local communities. The model has also received the backing of the Police and Crime Commissioner, who believes it will help deliver some of the commitments made in the county’s Police and Crime Plan.

“It is critical we are more closely embedded in, and visible to, local communities so we can work most effectively with the public and partners to solve issues and prevent crime and I am confident this approach to policing enables greater ability to deliver against these aims.”

As part of the new model, bespoke harm reduction hubs will operate in every local policing area, made up of dedicated problem-solvers who will tackle high demand, high risk crimes and anti-social behaviour through prevention, effective partnership working and early intervention.

There has also been investment in the force’s specialist crime teams and in securing more staff in the Force Contact and Control Centre. While the former supports teams who investigate the most serious and complex crime types, the investment in the Contact Centre will seek to improve call answering times and better resourcing of the digital channels used by the public to report crime, such as Facebook, Twitter and the force website.

Chris Noble added: “While we need to respond faster and more efficiently to emergencies, it’s important we look at and understand the changing nature of crime and the complex and sustained numbers of call we have to respond to on a daily basis. Our Contact and Control Centre is key to informing our daily operations and significant work is being undertaken in order to achieve an improved service for the public at first point of contact.”

Chief Inspector John Owen, of the Newcastle Local Policing Team, said: “We’ve worked with communities, partners and colleagues across the force to design a model that will allow us to focus on the issues that matter the most to people in Newcastle-under-Lyme, Kidsgrove and the surrounding areas, and respond in the way they need us to. This could be in emergency situations, working with partners to tackle the root causes of anti-social behaviour and criminality, or protecting the most vulnerable.

“Policing across the country is constantly changing and the demands we face today are not the same as those in previous years. Our previous model was introduced in 2018 and since then, crime has continued to become increasingly complex and the number of calls of service have remained consistently high.”

You can find out more about which cookies we are using or switch them off in settings.

This website uses cookies so that we can provide you with the best user experience possible. Cookie information is stored in your browser and performs functions such as recognising you when you return to our website and helping our team to understand which sections of the website you find most interesting and useful.

Strictly Necessary Cookie should be enabled at all times so that we can save your preferences for cookie settings.

If you disable this cookie, we will not be able to save your preferences. This means that every time you visit this website you will need to enable or disable cookies again.